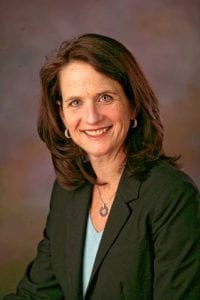 Attorney Diane Murphy Quinlan has been named the 2019 Saint Thomas More recipient by the Manchester St. Patrick’s Parade Committee. She will be honored during the 2020 Parade on Sunday, March 29th at 12 noon on Elm Street in Manchester.

The award is presented by the committee to a lawyer or judge who is a practicing Catholic and who embodies the spirit of Saint Thomas More in her courage, dedication, integrity, civility, and compassion toward others. She has also received this same award from the New Hampshire Catholic Lawyers Guild and was recognized by the Diocese of Manchester at the “Red Mass” in October of 2019.

Attorney Quinlan currently serves as the Assistant Director of Charitable Trusts for the New Hampshire Department of Justice.

In 2011, Pope Benedict XIV awarded Attorney Quinlan the Pro Ecclesia et Pontifice Medal for her service to the Catholic Church. In 1998, she was the recipient of the New Hampshire Bar Foundation’s Robert E. Kirby Award.

Attorney Quinlan and her husband Gary reside in Merrimack, NH and have 2 grown children.

Please come to the Parade to help us recognize her for her hard work on behalf of the Catholic Church and for the citizens of Manchester.