The Manchester Saint Patrick’s Parade Committee would like to recognize this important day for our Greek Brothers and Sisters. The Irish culture and the Greek culture have been intertwined here in the Queen City for many years dating back to both cultures immigrating to this country and settling in close proximity to each other. 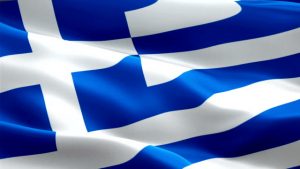 In 1821, the Greeks rose up against the Ottoman Empire which had occupied Greece for almost 400 years, leading to the war of independence.

Bishop Germanos of Patras raised the Greek flag at the monastery of Agia Lavras, inciting the Peloponnese to rise against the oppressors.

While the exact date probably may not have been March 25th, it is acknowledged to have occurred in late March and it was gradually associated with the religious Feast of the Annunciation.